TBK Investigates: The Comeuppance of Mr. Potter from It’s A... 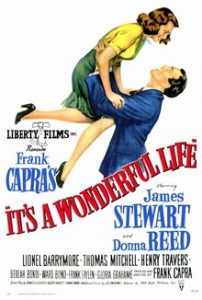 I could watch Christmas movies all year long. Each film makes my insides feel all warm and fuzzy as if I was drinking hot chocolate on Christmas morning. And one of my all-time favorites is It’s A Wonderful Life. If you are not familiar with the Frank Capra classic, chances are your cable company provided you with more networks than just NBC. But the story follows George Bailey and the struggles that life throws his way. It becomes more than he can handle after Old Man Potter steals $8,000 and blames George for the misfortune. George wishes he was never born, and an angel shows him what happens if he was not born. The movie is an all-time classic and not just for Christmas.

However, one thing has always irked me about this film. It eats at my very existence on this planet, and I need answers. What was Mr. Potter’s comeuppance? The man stole $8,000 from the Bailey Building and Loan. Nothing happened to him — not a thing. I am to sit in my chair as a moviegoer and think he was able to get away with it. And if we are to look at the movie as a metaphor of life, that idea makes a lot of sense. But, Hollywood at that time had a rule that if a person were to break the law, the evil doer would have their comeuppance. 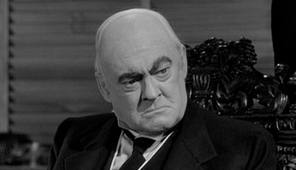 The question asked, what happened to Mr. Potter? Well, do not worry. Because TBK Investigates the comeuppance of Mr. Potter from It’s A Wonderful Life.

The first theory being put into evidence by all places, Saturday Night Live. In a skit performed during the 1986 season, William Shatner introduces an alternate ending to the Christmas Classic. The conclusion follows the movie until Uncle Billy remembers what happened to the money he would deposit that fateful day. A bank teller named Clarence told him that Potter deposited in the same amount moments after Billy frantically left to find that money. George and the rest of the town form a mob and beat up the old man. The concept of this is almost perfect. Bedford Falls is a small town, so news of an $8,000 deposit made at the same time George was in trouble would spread quickly. The problem with this idea is that Potter was not that dumb. He would not be in the spot he was if he wasn’t a jerk, so that’s eliminated.

The second theory, nothing happened. Potter was able to steal the money and in the process frame George, allowing the possibility of running the Building and Loan out of business. A perfect metaphor for that is life. The idea that bad things happen to good people seems to be what the director was going for in the film. But I am not sold on the idea. From the start of the movie, you hate Mr. Potter. The way he treats George’s father in the first 15 minutes of the movie will make anyone’s blood boil. In my heart, I just feel there is more to the story.

The third theory and the most likely argument as to what happened to Potter is that he died, miserable and poisoned. Hear me out. As we can tell through the scenes with Potter, the man had no family, no friends either. The man, however, has people who wait on him hand and foot, and just by the way he treated the Bailey’s, you know the people who worked for him were treated poorly. During the whole debacle with setting up George Bailey, and getting the Building and Loan, his servant was slowly poisoning with each meal. And shortly after George’s friends bail him out of a bad situation, Potter’s heart gave out. This theory would prove the opposite of Scrooge or the Grinch. They were able to find happiness and the true meaning of Christmas. Potter just sulked. The man was not able to own everything and died of a broken heart……and some poison.

Old Man Potter may be one of the vilest characters of Christmas. He tried to ruin a man’s life, family, business, and more. He is a jerk who deserved a miserable ending.