Former Oklahoma Head Coach To Call Plays In the XFL 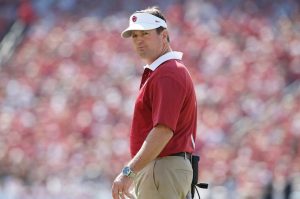 With the NFL Season concluding and upstart league The Alliance of American Football starting this weekend, the XFL decided to kick it up a notch with a huge announcement. The league held a press conference today to announce that their Dallas team found their head coach. And the man that will call the plays is legendary University of Oklahoma Coach Bob Stoops.

Stoops retired from coaching after the 2017 season, but his tenure at OU is a resume that any coach would dream have. In his time with the Sooners, Stoops record was 190-48 over 18 seasons including leading OU to 10 Big 12 Titles. 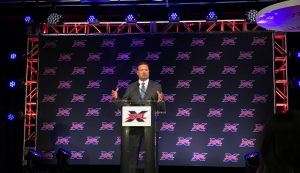 Stoops discussed his new role with KWTV in Oklahoma City, “It’ll be fun. It’s a different time of year. I’ve been limited in some of the stuff today this time of year anyway. You can only do so much golf in this period.”

“It’ll be challenging for sure. If it wasn’t, I wouldn’t do it,” Stoops continued. “And if it’s not fun I won’t do it. But I respect the guys running things. But this is ‘real football.’ If it was something goofy or have those old goofy names, I wouldn’t be associated with it.”

The news of Stoops joining the XFL comes days before a new rival league is set to start. The Alliance of American Football will begin play this weekend. One of the founders of the new league is Charlie Ebersol, son of legendary television executive Dick Ebersol, who also played a hand in the original launch of the XFL in 2001.

The rivalry may not be on the field but between the two new upstart leagues as both leagues play at the same time next year.

The Alliance of American Football starts this Saturday on CBS.

The XFL will begin play in February 2020.