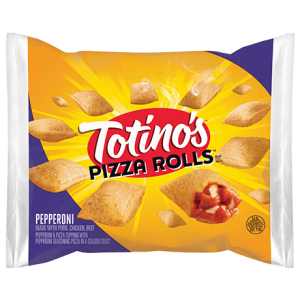 I remember growing up that Super Bowl Sunday was a religious experience. My mom would take me to the grocery store to stock up on some soda, the ingredients to make cheese dip, and the best thing of all Totino’s Pizza Rolls. I was 12! Cut me some slack. But it was more than just a game at that time. It was a halftime show that would rival any tour in the country. The ads used to be can’t miss television. And if somehow you missed one commercial, you missed out. But that was then. Today is Super Bowl Sunday, and instead of having the feeling of a religious experience, I feel Super Meh. The question that needs to be asked is why? What has happened in the 20 years?

First, let’s take a look at the game. ESPN posted a poll that asked who the nation would root for in the big game. And it showed the results for each state. Of course, New England would root for the Patriots, and the west coast states would cheer on the Rams. The rest of the country didn’t care. And that says a lot about the state of the NFL in 2019. I fall in the “I don’t care,” group as well. And this year it seems there is just a hatred for the Patriots, the Rams, and the referees. I do feel that missed pass interference call did taint the Rams/Saints game. But the Saints did have a chance to win in overtime, but Brees threw an interception. The Chiefs (my team) was outplayed in that first half of the AFC Championship. That hurt the team moving forward. The refs made questionable calls in both games. And that does add fuel to the conspiracy fire on who the NFL wanted in the game. 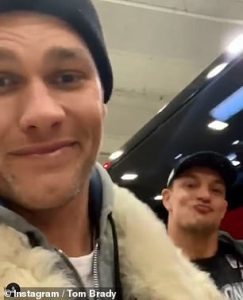 And then there is the Patriots hate. I am with most of America here with that sentiment. It’s funny when you look back at history when it comes to dynasties. Honestly, the closest in pro sports would be the Chicago Bulls. Sure, Jordan and company had to be hated by certain cities. But the hate the Bulls received would be out of respect. The Bulls also achieved something that the Patriots did not. The Bulls lost to the most hated team in the league for three years in a row (Pistons) before being able to taste the championship. The story had a foe, and once the foe is conquered, the Bulls became beloved. The biggest obstacle for that Patriots team? The Tuck.  Tom Brady has this smug ass-ish personality that you kind of want to punch the guy in the dick. I remember Jordan having the swagger, but not coming across as a pompous ass. Will Tom Brady go down as the best of all time, that question is left for debate. Montana never lost in the big game. Peyton Manning was better statistically most seasons. I don’t think Brady is the reason the Patriots are in the championship every year either. We have no idea what Brady could do in a different system. Could Tom Brady still make the Super Bowl without Bill Belichick? Think about it. 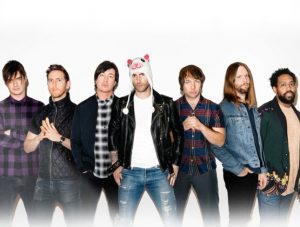 The second part of the triangle is the halftime show. The days of great halftime shows feel like a distant memory. Thanks to Justin Timberlake showing Janet Jackson’s boob, we were left with bands that headline the early bird special at Golden Corral. And the best of that group was Prince, but the NFL was afraid of what he would do during the performance. Finally, we started getting artists that are somewhat relevant — the best being Bruno Mars in the last six years. But most of the shows are forgettable. Each show has something that is water cooler talk the next day, but eventually, it just falls to a place in the back of your mind where the Pythagorean Theorem lies. And this year, the band is Maroon 5. Are you kidding me? I enjoy Maroon 5 to an extent, but the game is in Atlanta. Why not get artists from the city?

Atlanta has a rich history in rap music, rock, and even country. But I have to give credit to the artists standing behind something they believe in dealing with the Kaepernick situation. That is an entirely different article for another time. However, these artists are standing up for what they believe in and doing so not just behind a keyboard. And that has to be respected. So, instead of trying to make everything okay by tapping into the rich history of music of Atlanta, we get Maroon 5. The NFL also announced that Big Boi from Atlanta and Travis Scott to join Maroon 5. I still can’t get over Maroon 5. It is the music equivalent of going to a steak house and ordering chicken strips. It’s just wrong. 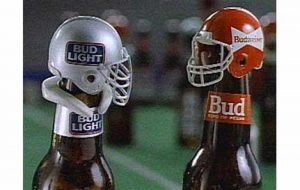 And finally, the commercials. The days of the Bud Bowl and talking babies are gone. What are we left with? Well, in 2019 it is a few movie trailers and ads that ARE ALREADY ONLINE!!!! Give me a reason to watch. Why even tune in to watch for the ads if they’re already posted all over the internet. Why pay 5.5 million if your ad is already online. Hell, any company could post an ad today and label the commercial, Super Bowl ad, and people wouldn’t know the difference. It is a damn shame.

The Super Bowl is not the same. Everything that used to be a surprise is already at our fingertips already. Is there a point to sit and watch for four hours? If you are a fan of either team, sure. But for the rest of us, I guess we have to wait till kick off of the XFL in 2020 to feel excitement about a championship again.