by "MADD" Manda Walsh 2 years ago9 months ago

We pride ourselves here at TBK on keeping our readers up to date with some of the best new artists in music. We love discovering the unsigned and up and coming artists in the industry and sharing them with you so you can in return share them with everyone you know. In the past, we’ve featured artists like Lindsay Ell, Ryan Hurd, Brandon Ray, Jacob Bryant, Jordan Davis, Ryan Kinder, Jillian Jacqueline, Kalie Shorr, Lena Stone, Jon Langston, Bailey Bryan, Waterloo Revival, and more on our lists of Artists to Watch for, and since then each of those artists have seen their own remarkable successes. Whether it’s an increase in radio play, a spot on a major tour with an influential artist, a rise in their streaming numbers and/or social media following, or recognition by more outlets, the artists featured on our previous Artists to Watch lists are on their way to doing even greater things on much larger scales, and we couldn’t be happier to be a part of that ride and watch them finally get the spotlight they deserve.

With that said, it’s time we announce our picks for Artists to Watch in 2019. The artists we chose made significant debuts in 2018 and have created quite the buzz around themselves. We believe these artists have the potential to make even bigger waves in 2019, and we can’t wait to see what comes next from them. If you aren’t yet familiar with these artists, we suggest adding them to your music library ASAP before you miss the boat on them.

Lauren Duski – The former Voice Season 12 runner-up released her powerful debut single in 2018 with an equally impressive vide to accompany it, and just this week released her heart-filled EP entitled Midwestern Girl. With a clear vision of who she is and the kind of music she aspires to make, there’s no doubt we’ll only continue to hear great things from Lauren Duski.

John King – After the release of his latest single “Try Saying Goodbye”, John King has quickly become an artist who should be on everyone’s radar. A talented singer-songwriter whose heart is laid out in every one of his songs, this Georgia native will undoubtedly have a successful career to look forward to. 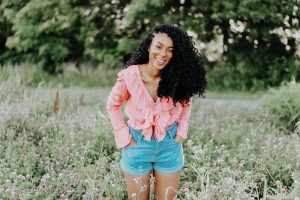 Tiera – This Alabama native released three songs last year, each one better than the one before it. Featured on USA Network’s newest singing competition, Real Country, Tiera made quite an impression on both the panelists and fans, letting her natural God given talents shine bright. There’s no question that 2019 will be even better to one of country’s sweetest and freshest voices.

Eric Ethridge – The Canadian native broke through when his emotionally crippling debut ballad, “If You Met Me First” was featured as a Highway Find last year on SiriusXM’s The Highway. Fans haven’t been able to get enough of the chiropractor turned full-time country singer since, and if you’ve listened to his self-titled EP also released in 2018, then you know why. With his breezy melodies and charming lyrics, it won’t be long before Eric Ethridge is country radio’s next mainstream heartthrob.

Savannah Keyes – One of the most vibrant voices in music, Savannah Keyes is already making a big impression since the release of her first two singles last year. Both “Good Day” and “Hypocrite” do an excellent job of showing off this Utah native’s impressive vocal talents, as well as her ability to deliver the most honest lyrics and refreshing melodies. As part of the Radio Disney Country family and a guest on the Ellen DeGeneres show at only 13 years old, Keyes is no stranger to the entertainment world. It won’t be long, though, before she’s permanently in the spotlight where she rightfully belongs.

Abby Anderson – This Texas sweetheart is currently living her best life as one of country music’s most exciting new artists. In 2018 Anderson toured with Brett Eldredge and released her debut EP entitled I’m Good, which saw only the most positive feedback from both fans and critics. Her unique sound is a combination of spunky sass and pure innocence, making her one of country’s bright new stars and an excellent role model for her young, female audience. Expect to see nothing but greatness from Abby Anderson this year.

Adam Hambrick – The talent behind some of our favorite country hits, like Dan + Shay’s #1 smash, “How Not To” Adam Hambrick is one of the most gifted songwriters in Nashville. After writing for artists like Eli Young Band, Miranda Lambert, and Justin Moore, the Arkansas native is stepping into the spotlight as a solo artist. Hambrick released his first single in 2018, “Rockin’ All Night Long,” and just released another earlier this month. Given his undeniable knack for songwriting and distinct voice, it’s no surprise Hambrick is already being recognized as one of 2019’s most promising artists.

Jenna Paulette – This artsy Texan is a breath of fresh air with her “New West” style. Released last year, her singles, “Slow Dancing on the Moon” and “Shooting Stars” are a shining example of how this singer-songwriter puts a modern twist on a vintage sound. With her upbeat energy and heartfelt lyrics, Jenna Paulette is one of country’s brightest rising artists.

John Gurney – After winning the 2018 NSAI song contest presented by CMT for his winsome single, “Fairytale Dress” the midwestern native has been making his presence known in Nashville as one of country’s most hopeful new artists. With five singles released and a spot as one of the opening acts on Lee Brice’s tour last year, as well as a role on the hit reality show Very Cavallari, John Gurney is proving to be an exciting new artist to watch for this year. 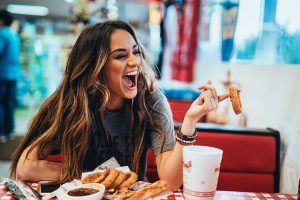 Lacy Cavalier – This Louisiana native created quite the buzz for herself when she released her vulnerable single, “Cheatin’ On You” just last year. With her raw, sultry vocals and knack for steamy yet soulful songwriting, Lacy Cavalier has shown us why she has all the potential to be one of the next crossover sensations to watch for.

Chicago native and Saint Xavier University alum (class of 2007), Amanda Walsh is an aspiring journalist with a strong passion for music and longtime love of writing. While in college, she spent her time volunteering as a radio DJ, working as the station’s Music Director, and serving as a regular contributing writer for the campus newspaper where she combined her love for music and writing. Between attending multiple concerts a month all over the city, interviewing various bands both in and out of the studio, and introducing her friends and show listeners to new artists (both local and national acts), it was during this time that Amanda really discovered her niche. Whether listening alone with her headphones or experiencing it live in person, music has always been Amanda’s safe haven and more like a religion, with concerts feeling more like going to church. Today the number of artist interviews under her belt continues to grow, as she strives to break new and up and coming artists before other outlets. She also continues to attend as many concerts as her bank account will allow. Her musical tastes range from “OMG you have to hear this” to “please don’t judge me,” and she is the person you want on your team in music trivia. She is also an avid enthusiast of the paranormal and anything in the realm of horror or the creepy and unnerving. With that said, she loves Halloween more than a normal person probably should and has a fascination with cemeteries. Aside from music and concerts, Amanda also enjoys reading, shopping and epic adventures. She's a sucker for a good mystery and anything acoustic. When she was a kid she wanted to be Nancy Drew when she grew up. At the end of the day, if she had to describe herself with a song lyric it would be this – “I’m somewhere in between what is real and just a dream.”