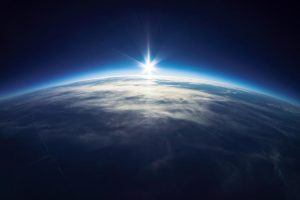 He never realized the realm of Aurora could be more frightening. Now stripped of his clothes, Seraphiel lay on his knees alongside three other unnamed male angels, while being flanked by seraphim. The other archangels: fire, water, earth, and air stood behind him. Every angel waited for that one hard moment of judgement.

His eyes stayed focused to the blue swirling pattern on the tiles below him, hoping that he would be free from regret and embarrassment. It didn’t help the slightest that Seraphiel’s eyes begin to water as his face reddened. He clenched his fist on the ground, trying his hardest to contain his emotions. And he knew he wasn’t alone. As soon as the Guardians turned to face them, he heard low sobbing from his very right.

He felt a hand on his shoulder, “Look up.”

The tears that he tried so hard to contain streak down his face in rivers, making him look weak. The angel that was crying, was forcibly hushed by one of the seraphim guards. The angels lifted their heads up to look into Ta’s silver eyes.

The Guardians though they look nice with their violet and white robes, were actually terrifying to look at. They all looked the same with their silver eyes and long black hair. Their skin was as pale as bones. Their silver antler-like horns spiraled out on either side of their head in threes to show their rank.

Ulu and Wa turned last, their steely gaze landing on all the angels, including Seraphiel who shivered at the sight.

They spoke in unison, “Tariel.”

Seraphiel turned his head to look at a man with long, wavy blonde hair and green eyes. His angelic crown was removed so was his robe to reveal small leathery wings protruding from his back. Like Seraphiel, he started to grow horns. Two on the temples one in the center of the forehead.

The Guardians spoke, “You have committed the act of treason.”

“How?” Tariel’s voice trembled, “I haven’t done anything wrong. I was doing my normal task of being a guardian angel.”

“Don’t lie to us.” Ta said, “You know what you done wrong. Your appearance shows for it.”

Ta turned his head to face Seraphiel, so did Wa and Ulu. “You, Archangel of Light.”

Seraphiel stayed silent. His eyes scanned one guardian then another, as if searching for a word to say.

“I Seraphiel, Archangel of Light, know what I did wrong and I will suffer any future consequences.”

“Wrong. Do you realize that by committing the actions that you just did, endangers Aurora and all of its citizens?”

He shook his head and clenched his fists, nails digging into his skin. “Yes, but I didn’t know that I would endanger everyone.”

Ta bent over and looked Seraphiel in the eye, “You knew the consequences of your actions, and I will have to banish you to the Settling. You are no longer allowed to enter the Kingdom of Aurora.”

Ta adjusted his composure, “The same goes with all of you.”

The Guardians all looked at each other and pointed a finger.

Before Seraphiel can think, the world turned dark and Tariel’s shrieks pierced the air.

Hello, my name is KE Blackham. I grew up with Utah after a diagnosis of Autism. I really struggled in my first year of school, often being taken out of my class to work with multiple para’s and teachers, who all very much adored me. But, everything else was hard. Kids got into fights with me, sometimes making fun of me. I had no friends and the only thing I had was my made up worlds. When I got my hands on Sarah J. Maas’s books I got inspired to write at the young age of 17. I decided that my drawings needed to have their own story. I put pen to paper and started to write. I started on my first draft of “Starchild Rising,” and instantly fell in love with Aeoliah, one of my main characters and continued her journey on paper. So far she has blossomed into this character I love. Now let's see exactly how far my writing journey will take me!