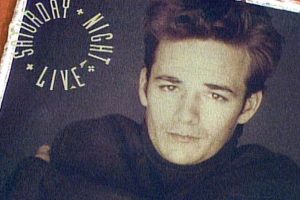 Earlier this week, the world was shocked by the sudden death of actor Luke Perry. Throughout the week, colleagues, friends, and family took to social media to pay tribute to the 90s heartthrob. Well, tonight a different tribute will take place and comes from a source no one would expect.

The sketch show Saturday Night Live is a staple of American television. And tonight the show will pay tribute to the fallen actor by airing an episode he hosted in 1993. A very classy move from the show and wonderful tribute to Luke Perry.