Avengers Endgame: Where do we go from here?

(If You have not watched ENDGAME, This may contain Spoilers….) 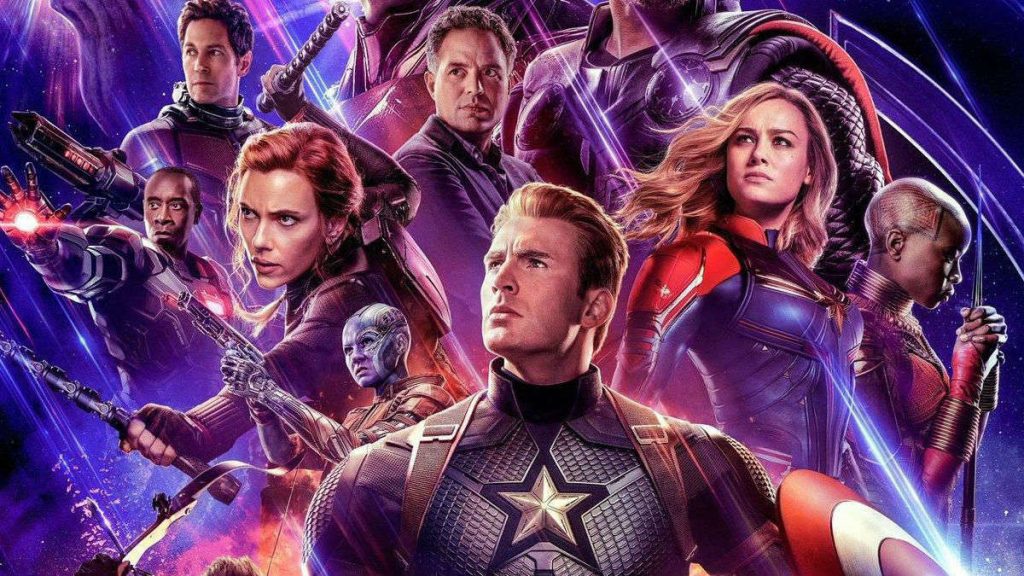 Unless you’ve been living under a rock, Avengers: Endgame came and went a few weekends ago and not only blew everyone’s socks off but also ran away with all the box office records. Endgame is officially the first film to make 1 Billion dollars in a single weekend. So, I think it’s safe to say that pretty much everyone went to see this movie over the past few days.  Concurrently if you did in fact see the film this weekend you know that it marks the end of an era. This was an event 11 years in the making and every frame of the film is dedicated to the immense legacy that the MCU started way back in 2008 with the original Iron Man film.  This is the end of the road for many of the core cast, but before you start crying spoilers… it’s been known for some time that the OG Avengers contracts have run out and they’ve expressed interest very publicly about moving on in their careers.

So with the likes of RDJ and Chris Evans and Hemsworth getting ready to leave the MCU behind the question then becomes where do we go from here?

The MCU will in fact live on.  Some of their most recent additions like Black Panther and Captain Marvel have not only proven even more successful than the ones that came before but are being positioned as the next set of leaders in this immense sprawling franchise. I am extremely excited to see the likes of Doctor Strange, Black Panther, Captain Marvel and Spider Man leading the next set of MCU stories into the future. The pieces are there, but we really know next to nothing about what’s coming down the pipeline?   Without giving away spoilers, Endgame wraps everything up in a pretty definitive way.  Not all the characters die but each and every one of their story lines comes to a conclusion in the most satisfying way possible. These characters that have been a part of our lives for over a decade have been giving the best possible conclusions to their arc’s even if not all of them escaped with their lives intact. So, while Thor, Cap and Iron Man might be done going on adventures, the next generation is ready and waiting to pick up the baton and show the world what they’re made of

Still, I ask again, where do we go from here? How do you get any bigger than the audaciousness of the one two punch of Infinity War and Endgame? That was as big a threat as our team could likely face. They fought a 2-movie war against a brute force alien conqueror over the threat of undoing the very nature of reality.  It doesn’t get much more epic and all-consuming than that. I could fathom a few guesses but it would just be fan posturing at this point. My biggest guess right now would be that with the recent acquisition of all the Fox properties we’ll see either a crossover event with the X Men and Fantastic Four or maybe we could see Galactus pop up as he might be able to give Thanos a run for his money in terms of sheer scope. A lot of fans out there would probably be totally okay with a cinematic version of Secret Wars (myself included). There’s always the possibility that Deadpool will factor in heavily as he’s probably the most profitable and successful Marvel property not attached to the MCU itself. The possibilities are endless with the vast amount of source material the cinematic division can pull from so I’m sure whatever direction they take will be a good one.

Also, I think a good idea would be to take a year off from releasing movies at all. I know this sounds blasphemous to some but we’re dangerously close to a potential bubble. I know that 1.2 billion dollars says otherwise but I’m thinking more from a creative point of view. The battle to save then avenge the universe from Thanos and his big purple clutches was all things epic and beautiful and sad and exciting.  It was the literal coming together and culmination of everything that has come before it. So maybe the next thing to do, the next place to go would be to give us some time to decompress and digest. Endgame is a 3-hour film of rapid moving story and payoff that can’t all be digested in one sitting. It will definitely require multiple viewings to fully appreciate all the moving pieces. So, after Spider Man: Far From Home comes out later this year, give us a year off. Let the cinematic landscape just kind of play out while you guys bide your time and set up the next saga or 10-year journey of films to tell whatever story you guys plan on telling. Let people have some time off and then come back guns blazing. I mean personally I’m down to see a new Marvel movie every week but not everyone has the time or money or patience for that sort of thing so give us a reason to miss you guys. Take that time and build up the hype for the next chapter in the MCU’s saga, make us clamor for the story you guys have for us.

Marvel has set the gold standard in event driven culturally important blockbuster film making and Avengers Endgame is the absolute zenith of what they set out to do all those years ago. It doesn’t get much bigger than this and honestly more than anticipating what comes next which is kind of par for the course for any MCU fan I just want to watch Endgame a bajillion more times and just live with that movie for as many times as I possibly can.  For the first time since the first Iron Man movie I’m not looking to the next film not even after a day of having seen the most current release. Like after walking out of Captain Marvel last month, all I could think about was Endgame. After walking out of Infinity War even all I could think about was seeing Captain Marvel and her debut. The point I’m trying to make is that the MCU is about teasing what comes next even before the credits roll one what’s current.

With Avengers: Endgame for the first time ever, I’m not really looking towards the future. Even though that’s kind of the point of this article, postulating on what comes next, I think over the course of writing this I’ve come to the conclusion that what comes next is nothing. At least for now. Endgame is everything a movie can be. It is both epic and intimate at the same time. It features some of the biggest action and some of the most beautiful dialogue. It is both insanely hilarious and very sad and depressing. It is equal parts triumphant and fist pumping mixed with a healthy dose of mature cynicism. Avengers Endgame is the absolute best comic book movie that has ever been made and honestly, I doubt it will be topped in our lifetime. While I am excited to see whatever it is the MCU does next, I’m perfecly happily focused on the here and now and am ready to just be in love with this movie for a while.