On August 31st, AEW presented ALL OUT in front of a sold out crowd at the Sears Center in Chicago. And on that night the company would crown their first ever world champion. Chris Jericho walked away with the belt and a bit of the bubbly after his huge victory. However, just a few short hours later Jericho would lose the AEW Championship. But not in the traditional way. He would literally lose the championship.

In a match taking place with someone with sticky fingers at a Longhorn Steakhouse, Jericho would lose the AEW Championship. The first championship of the new company would be stolen while the wrestling star would chow down on an overrated steak. The incident took place in Florida. The police report would be shared on twitter. 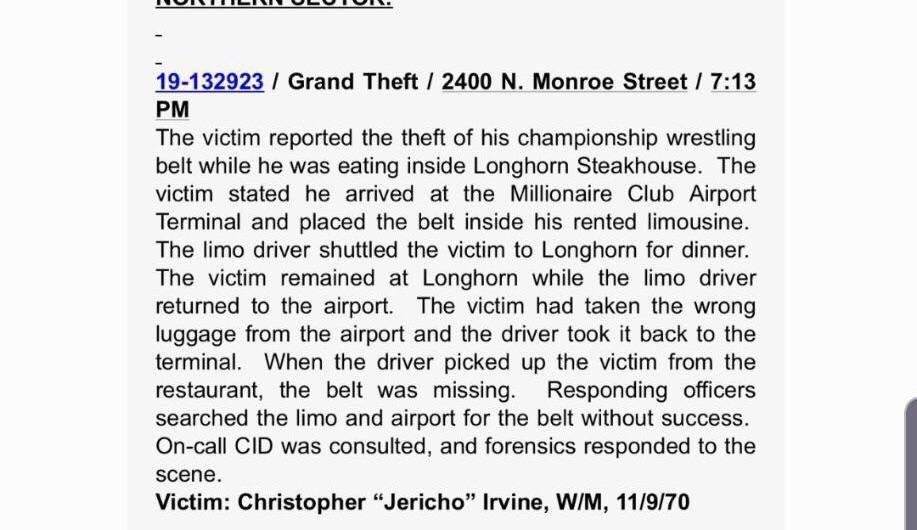 Without missing a beat of course Cody, Arby’s, and others would take shots at the champion for losing the title.

AEW and Jericho released a statement from the world champion.

Why do I have a weird feeling the championship will end up on an episode of Pawn Stars in the next 10 years.