I want to take this time to address what is happening with SNS. The show will be returning with a new name and a new night. Over the past year, real life kind of stepped in and decided to make it hard to record on a weekly basis. And my cohosts time is valuable and most weekends, real job is taking precedent. With that said, stay tuned because the idea for the show moving forward is to blend YWWE and SNS into one fun mega show. The new show will debut before the end of the month, stay tuned to our social media accounts to find out more. 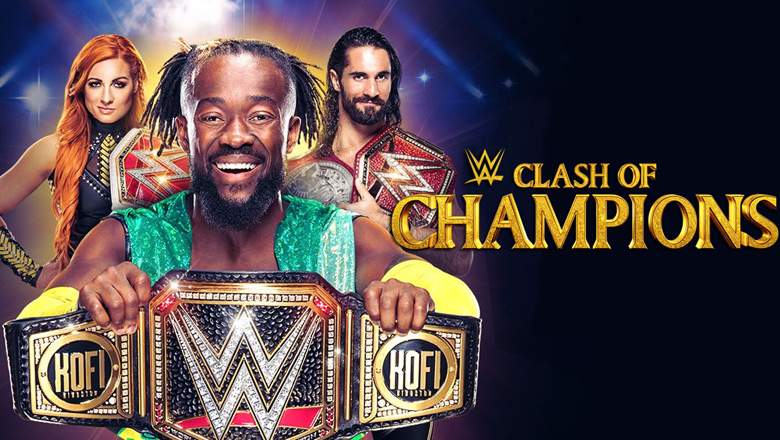 But this article is about tonight and a WWE PPV that has my veins pumping with meh. Clash of the Champions takes place in Charlotte NC. And I have to be honest, the card for this show does nothing for me. I feel with Smackdown to Fox, NXT to USA, and AEW on TNT about to become the focal point for the wrestling world, this show honestly feels like a WCW Clash. The only thing missing is poor lighting and the cool ramp that went all the way to the ring. Here are my predictions, my pick will be in bold:

WWE Cruiserweight Champion Drew Gulak vs. Humberto Carrillo vs. Lince Dorado: Gulak is not losing anytime soon. Plus, the 205 brand is up in the air. Will the show be absorbed by NXT and used on Wednesdays; will it still be on the network after Smackdown on Fridays? But the easy answer here is Drew.

United States Champion AJ Styles vs. Cedric Alexander: A match of the night contender and possible match of the year contender depending on time allotment. Upset is happening kids.

Intercontinental Champion Shinsuke Nakamura vs. The Miz: This is about having the best show possible for the debut on Fox, the answer right now is The Miz.

SmackDown Tag Team Champions Big E & Xavier Woods vs. The Revival: The New Day is one of the hottest acts in all of WWE. I can see them keeping the championships for a little bit longer. The Revival will receive the run they deserve, but it does not start tonight.

Raw Tag Team Champions Seth Rollins & Braun Strowman vs. Dolph Ziggler &  Robert Roode: Champs have to wrestle again over the Universal Championship later in the night. Of course, they lose to the random of tag team of Roode and Ziggler.

Roman Reigns vs. Erick Rowan (No Disqualification Match): It’s just setting up Bryan Vs Reigns at Hell in a Cell.

WWE Champion Kofi Kingston vs. Randy Orton: I think there will be one more match in this series. Kofi escapes with the championship in a no contest.

Raw Women’s Champion Becky Lynch vs. Sasha Banks: Becky in on the cover of the video game, she is holding that championship till after launch.