Reliving 90s Music In All Its Angsty Comfort

Everyone has their favorite decade when it comes music. Many people, like my father, believe the best decades for music were the 50s and 60s because of rock ‘n’ roll legends like Elvis, The Beatles, Chuck Berry, and Jerry Lee Lewis, along with countless others, whose careers helped build the foundation of music. However, my disco-loving mother would likely relive her Saturday Night Fever days if given the opportunity to. My younger brother, though, swears by the 80s hair metal and glam rock music scenes, and if he had it his way, he would no doubt go back to the days when bands like Gun ‘N’ Roses, Motley Crue, Poison, and Skid Row ruled the Sunset Strip. Personally, I prefer the angst-filled music of the 90s, a decade I grew up in. And for the month of September, it just so happens that TBK Magazine is celebrating all things 90s – everything from the fashion to TV shows and movies to music, of course. So, what better time than now to share with all of you some of the artists and music to come out of a decade that’s a favorite of many, am I right?

No matter what your musical preferences were, the 90s offered a wide array of choices. Everything from boy bands and the Latin Explosion to the best in hip-hop and R&B were popular, as well as what’s now referred to as the best decade for country music. During this time, though, the Billboard charts and mainstream radio were also seeing success from an assortment of artists whose sounds branched off from rock and into punk, grunge, alt-rock, and pop-rock sub-genres. There was something for everyone when it came to the music of the 90s. 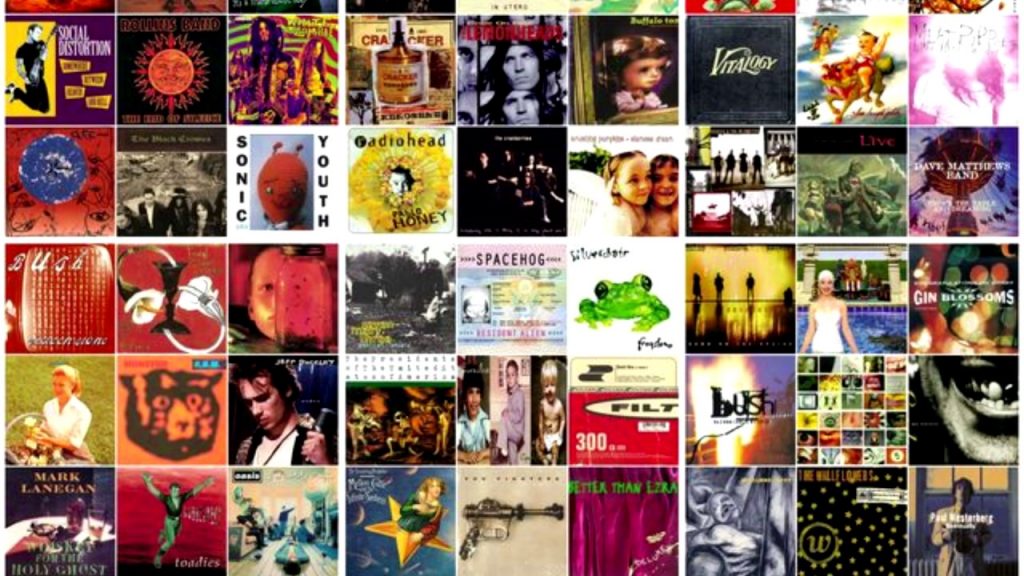 Speaking from a personal standpoint, the variety among the artists who fell under the umbrella of 90s rock was quite appealing. Bands like Nirvana, Pearl Jam, Alice In Chains, Soundgarden, Stone Temple Pilots and Candlebox fed the appetites of those hungry for the grunge scene that had escaped from Seattle. Meanwhile, Green Day, The Offspring, and Blink 182 were putting their own spin on punk rock and bringing the genre to a mainstream level in a massive way. Then, of course, there were artists who created sounds that were all their own. Bands like Matchbox Twenty, Goo Goo Dolls, Gin Blossoms, Live, Sister Hazel, Hootie & the Blowfish, Creed, R.E.M., Smashing Pumpkins, Local H, Incubus, Bush, Oasis, Lit, Collective Soul, Silverchair, Our Lady Peace, Red Hot Chili Peppers, and Vertical Horizon all came into the 90s with these sounds that had yet to be heard until that point, and none of them fit into any one box.

Each of those bands built their sounds inspired by one another, as well as other bands from completely different genres. Today, we refer to those bands as alternative rock or pop-rock because they’re such an interesting blend of various genres. And as if music fans weren’t confused enough, bands like Third Eye Blind, Barenaked Ladies, No Doubt, Train, Counting Crows, and Eve 6 were also in the mix of things, and basically created lanes of their own because they were so unlike anyone else.

Women in the 90s were also slaying the music game. Alanis Morissette, Meredith Brooks, Natalie Imbruglia, Joan Osborne, The Cardigans and The Cranberries all saw success on the charts during this time because of their ability to relate to their listeners on a different level than their male counterparts.

Even the one (or two) hit wonders of the 90s were so impressive, they’re still beloved and remembered to this day. Whether you were hanging at the skating rink or riding in a car with your friends, there were no shortage of songs to sing along to. Chances are earworms from artists like Del Amitri, Deep Blue Something, The Verve Pipe, Eagle Eye Cherry, Chumbawamba, Toad the Wet Sprocket, Marcy Playground, Semisonic, and Seven Mary Three, among many others, were part of the soundtrack to your life in the 90s.

What the majority of these artists had in common was angst. Angst over troubled relationships and angst because they didn’t quite know where they fit in the world. And they knew how to incorporate that angst into the music they were making then. If you listen to any song or album that saw huge success in the 90s, they’re all relatable in one way or another because they described how people growing up in the 90s felt, no matter what stage of life they were at. And the reason these songs and albums hold up so well to this day is because angst doesn’t go out of style and it doesn’t have an expiration date.

There also isn’t an age limit on angst. Whether you’re an adolescent on the verge of becoming a teenager, or you’re a teenager trying to navigate through puberty and all the awkwardness that comes along with it, or you’re an adult in your thirties, we all feel a certain level of anxiety about things in our lives, and that’s okay. It’s how we deal with those feelings that matter. This is why I think the songwriting in 90s rock is so appealing. Artists that came out of the assorted sub-genres birthed from 90s rock all had a distinct sound and a unique way of writing their songs. Often the lyrics were complex, using unusual metaphors that may have left us wondering. Sometimes the lyrics made no sense whatsoever (we’re still trying to figure those out). Seldom were they pretty straightforward. They always made us feel better, though.

I believe there’s solace to be found in the angst-filled music of the 90s, and that’s why so many people favor that decade. We enjoy and we value what we find comforting, so we hold a special place for it in our hearts. Personally, when I think of the 90s, I think of a simpler time, and who doesn’t yearn for simpler times the older they get? However, as an adult today when I listen to any of my favorite songs from the 90s, I can still apply their lyrics to any time of my life when I felt they would have fit perfectly, and they still manage to make me feel better years later. I think that says something special about the artists of the 90s. They may not have realized it at the time, but the music they were creating then would go on to mean so much more to the listeners who consumed it because of the kind of emotion the artists put into it. That’s the power of great music. It never feels old, but always makes you feel better.

If you’d like to take a look back at my personal favorite decade of music, check out some of the best and most popular albums from the 90s listed below:

Vertical Horizon – Everything You Want

Foo Fighters – The Colour and the Shape

Lit – A Place in the Sun

Local H – As Good As Dead

Creed – My Own Prison

Counting Crows – August and Everything After