Out of all the towns depicted in television shows, the one I want to visit the most is Stars Hollow, Connecticut. I grew up in a small town. The idea of not dealing with the hustle bustle of a big city just sends warm feelings to my heart. Another thing about the town is the food. Look, in every episode of Gilmore Girls, the ladies are diving into a food from somewhere in the town. Whether the food be from Luke’s, Al’s Pancake World, Taylor’s Old-Fashioned Soda Shoppe, or even the Dragonfly Inn for Sookie’s cooking, the town is a foodie paradise. And the people…Have you ever met a town as quirky as the members of Stars Hollow? I feel bad for the person who has to print Kirk’s resume when he applies for a new job. But what if I told you there may have been a dark side to this quaint little town. And it has something to do with Dean Forester.
In this edition of TBK Investigates, we are going to look at what really brought Dean Forester to Stars Hollow from Chicago. Could it have been one of his parents who took a job in the area or could it be that Dean was hunting demons? 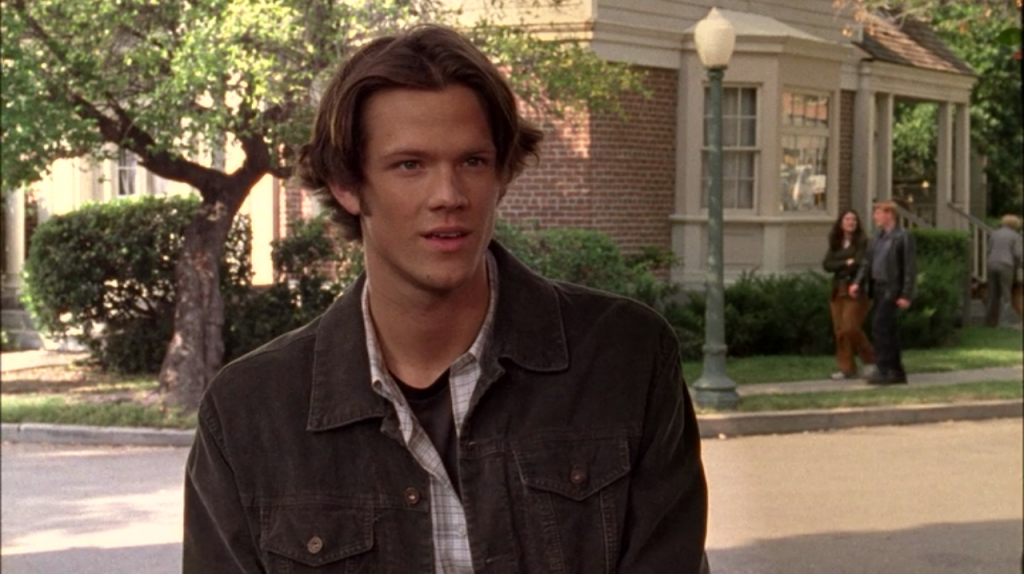 Let’s start with the simple question, could the reason for the move have been his parents? It does seem logical to a point. While the town of Stars Hollow is 30 minutes from Hartford and 40 minutes from NYC by bus, choosing on settling in the small town would make some sense. The cost of living would be significantly cheaper than what a person would be paying in say Chicago, Hartford, or New York City. But the commute time seems illogical. Once a person would figure in the traffic from the cities, you are looking at an extra 30 minutes or more to get to work. The average person is not going to be traveling two hours a day for work. Plus, a stereo salesman and medical transcribers do not seem like hot enough jobs to move your entire family across the country. We are ruling this out. Yes, it seems weird. But hear me out. Chicago to small town in Connecticut just doesn’t seem logical. The only way someone makes this move is if they had a mission to accomplish.

And that mission is to extract a demon that lurked in the depths of Stars Hollow.

We have to explain the reason for the family and the name. First, the family is Dean’s team. The man and woman pretending to be his parents are accomplished hunters who happened to be very close to the Winchesters. During the boy’s youth, Sam and Dean Winchester mother was killed by a demon. The boy’s father John taught them the skills to hunt all kinds of supernatural creatures. Sam and Dean went their separate ways. And the two were not reunited until Sam was at Stanford, one of the best schools in the country. In the years between being taught how to hunt and Sam attending Stanford, the timeline becomes fuzzy. In fact, we have no idea what happens to Sam at all.

We have to explore this timeline. And what happens to a child that becomes an orphan in the state of Kansas, they go to Chicago. Sam Winchester is on his own in the world for the first time. Without, family, without friends, and without the comfort of a small town, Sam is left alone in this crazy world. That is until he stops at a public library and finds a website to a team of hunters from Chicago. Sam becomes curious at the idea. He knows deep down inside that he can’t hunt on his own. And his brother could be anywhere. Sam finds a payphone and gives the team a call and an instant bond happens.

Sam joins forces with this team which is comprised of an older gentleman, an older woman, and a small girl. The little girl can kill you in your sleep 15 different ways with a spoon. She is a damn ringer. The team does local hunts in the Chicago area. Some for cash, paid under the table, of course. Think of it as the demonic version of Ghostbusters. However, as the team is able to stop supernatural beings, their popularity rises.

So, how did the team end up in Stars Hollow? The answer is simple. A guest from the Independence Inn. The Independence Inn would be the only place to stay in the small little town of Stars Hollow. And with a town that throws that many festivals, eventually tourists from across the country would travel to see what the town would come up with next. An anonymous call came in about this little Inn and something of the supernatural happening inside its walls. The Chicago group realized it would be a no brainer to try to eradicate what is happening in the town of Stars Hollow. The cost would be on the lower side of things compared to Chicago, but the team couldn’t march into the town flashing they are monster hunters. The town of Stars Hollow, especially Luke, would cause a mutiny. The team would have to change their identity. The four came up with the suburban type family the Foresters. And Sam would change his name to the first name that would come to his mind with the change of identity. He would use his brother Dean’s name.

But Who is The Monster?

With a small town like Stars Hollow, it is difficult to keep secrets from anyone. One would think that if someone would be possessed by a demon that the entire town would know and have a meeting at Miss Patty’s. Unless the demon was Miss Patty… But the answer would be in front of all of us the entire time.

However, one of the things the team did not expect would be that they would fall in love with the town. The town latched into the hearts of the team and instead of hunting the thing that brought them to Stars Hollow, they embraced the quirkiness of the town. Except for one, Dean/Sam.

The one thing that Sam/Dean did enjoy about Stars Hollow was finding love. He fell for the nerdy girl next door, Rory Gilmore. And in their time as a couple, Dean would become overly protective of the youngest Gilmore. But knowing his past, the jealously makes sense. Once you love someone and they are taken from you, it is difficult to fall in love again. Falling in love and being worried about losing that love makes sense. However, Dean was terrible for Rory for this very reason. 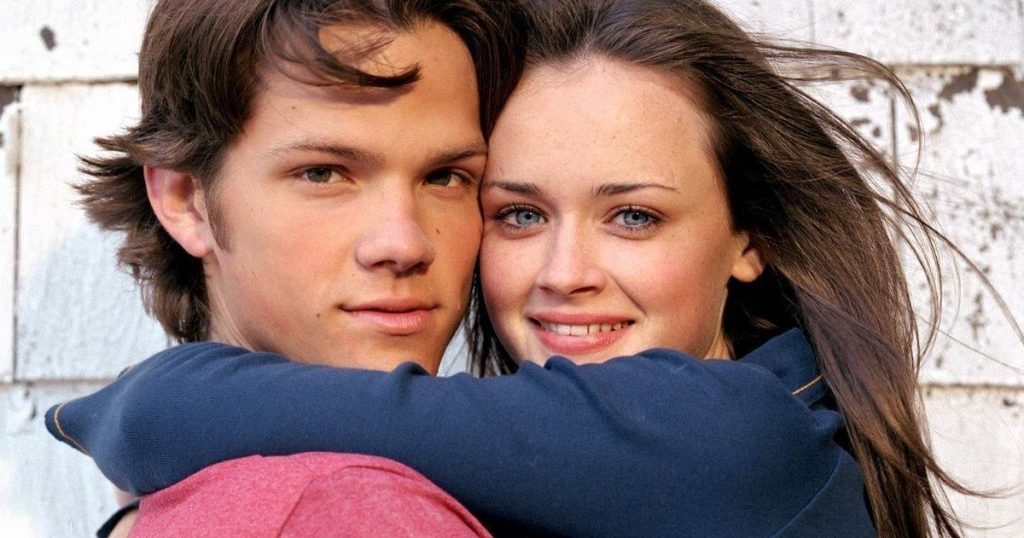 And throughout the years of Rory dating, something would always bring the two back together. That is until season 5. Sure, Dean would get married, but his heart would belong to Rory. He even ended that marriage because of Rory. He tried dating Rory in this time period but ultimately told Luke that he would hold Lorelai back from her potential. And we never seen Dean again. Well for at least 10 years…

As we investigated this story, one of the things that stood out is the way Luke acted. He seemed to be very protective of the Gilmore girls. But does that make Luke possessed with a supernatural entity. Nope. Not even close. But Luke knew, and eventually Dean found out. Why would someone just abruptly leave his hunting team? Unless, he couldn’t hurt the one or ones he was after. Dean discovered that Lorelai and Rory practice Witchcraft.

And it makes sense. How can two people eat so much junk and stay size fours? Or drink that much coffee? What is a term for coffee? Brew. And what do witches do? They brew potions. And being that the two ladies loved coffee so much, it makes sense that every time they discuss love, money, work, or something important, it would be over a cup of coffee. Dean had to process this knowledge. He didn’t want to hurt the girl he loved or her mother. Because if he did hurt Lorelai, he would never get another chance with Rory. Dean had to remove himself from the situation. And thus, he moved to California. He would have to forget Rory, but she did rub off on him as he applied for Stanford and is now a student at one of the top universities in the country. And in a short time, he is reunited with his brother and the rest is history.

And that wraps up this case of TBK Investigates Dean Forester. And of course, we could be completely wrong and it was Kirk they were hunting all along.