The Hella Mega Tour Announced With Greenday, Fall Out Boy,...

The landscape of the tour is about to change in 2020. Today, three of the biggest names in the punk rock genre will join forces to create The Hella Mega Tour in 2020. The tour will be headlined by Green Day, Weezer, and Fall Out Boy with special guest The Interrupters. 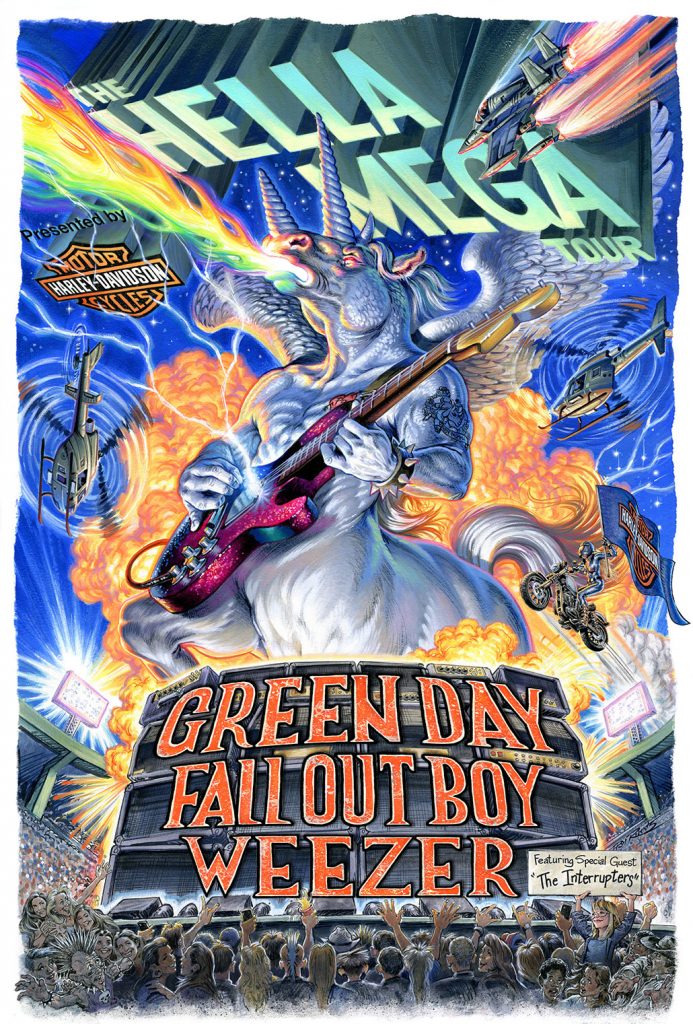 The Hell Mega Stadium Tour will kick off on June 13 at La Defense Arena in Paris and run the following dates across the pond.

The US part of the tour will begin in Seattle at T-Mobile Park and will run 20 dates:

Tickets will go on sale beginning on September 20th.

All three bands will celebrate the announcement at the world-famous Whiskey A Go Go with a performance. And Starting tonight Weezer will perform their new music on Jimmy Kimmel. And not to be outdone, Fall Out Boy tomorrow, and Greenday on Friday.

This is one tour that gave me a music chubby! And here is the new music from all the bands!