by James Master 1 year ago1 year ago

An announcement was made in May 2018. In the future, history books will remember this as “the announcement that changed the world.”

Facebook announced that they were developing a dating service.

I know what you’re thinking. Not a big deal. Except that it is a big deal. Think about all those websites and apps out there that specialize in dating. Tinder, Match.com, Christian Mingle, Plenty of Fish, Bumble, Hily, Badoo, and how could we forget OkCupid. There are more dating apps than fake Facebook profiles for Matthew McConaughey. Most of those apps and sites have paywalls. At the time of this writing, I have not seen any proof that Facebook will monetize their dating service.

Think about how much moolah those companies will lose from all the lonely people out there. Because let’s be honest, people will flock to Facebook Dating. In fact, when I heard that the service was up and running, I deleted my fake Matthew McConaughey profile and chanted “Alright, Alright, Alright” as I logged back into my main profile. You know, the real one. 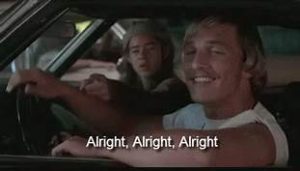 Facebook Dating officially launched in the United States on Sept. 5 of this year. The app on your phone can now keep you in contact with friends and family, run multiple business pages, buy/sell on the Marketplace, watch trending videos, remember what you did 13 years ago, keep track of future events that you may be interested in attending, and now you can date.

Mark Zuckerberg, if you’re reading this, I have a suggestion for you. You should rename Facebook to Swiss Army Knife. Your app does almost everything now. You could call it SAK for short. Or, if you wanted to keep the Face part of the name, you could call it FaceSAK.

Ok, maybe not that last name…

Long story short, I decided to join all the lonely people and create a FB Dating profile. So, I uploaded some photos, created an interesting bio, entered in all my pertinent info, and answered all those hard-hitting questions like “The best thing I can cook is…”

If you’re wondering what the answer to that question is… eggs. I’m a horrible cook.

After hitting save on my profile, I decided to go look for some matches. I won’t really get into that bit of business because that’s between me and my diary. After spending a few minutes, I had hit the heart “Like Sent” button on a few potential matches. It was a waiting game after that.

I say that because the system works this way: you like somebody. You wait for eternity (or it seems like it sometimes) for them to respond. If they like you back, you match. Congratulations! Now you can chat with each other. Now, confession time boys and girls. I was quite optimistic about my chances. As a balding, overweight, sarcastic, nerd with a writing career (and little to no money) I thought my dating notifications would die of boredom. It was too my surprise that four ladies sent back approvals.

It’s the end of week one and two haven’t responded to my introduction message. Which I find odd. Like, how are you going to say yes and match, but never respond back? I’ve had pretty good conversations with the other two that have continued throughout the week. They will most likely not go anywhere in a romantic path, but at least I’ve had the chance to make a few friends.

On one occasion, I managed to sell a few of my novels to the person I matched with. It seems that I can sell my books, but not myself. Hmmm, that sounded wrong, but I think you all get the idea.

Overall, I found FB Dating to be, in the words of one of my favorite YouTube series, “Super easy, barely an inconvenience.” However, I did think there were some weird aspects to it. First off, I don’t like to know if the person I want to match has a mutual Facebook friend. There’s something weird about that. I don’t want to be walking down the street one day and that mutual friend comes up and says “Dude, Lola totally asked me about you. Like, you totally matched with her on FB Dating. That’s weird, bro.” 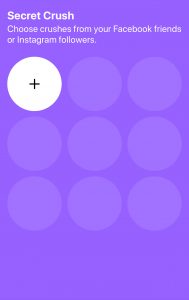 Before you say anything (not like I could hear it even if you did say something), yes, all my friends are typically surfer dudes.

Another odd aspect of FB Dating is the Secret Crush. You can select nine people to be your secret crushes. The only thing is, they have to be people on your friend’s list or people that follow you on Instagram. One caveat to this is that only followers who joined Facebook Dating can receive notifications about Secret Crush. Their Instagram account must also be connected to Dating.

Without getting too lengthy here (I’m already exceeding my article length goal) I want to say that Facebook Dating makes online dating easier because it’s more convenient now that it’s right there in the app you already have installed. Plus, it’s free. Plus, you now can delete Tinder, OkCupid, and all of those other apps. That frees up a bunch of storage on your phone.
I mean, sure, you don’t have to access this feature of Facebook. You could go out in the real world and try to meet people. Our ancestors used to do it. If they could do it, then so can we.