The 25 Days of Christmas Kickoff

by TBK Magazine 1 year ago1 year ago

The wind is starting to chill. Egg nog and Little Debbie Christmas Tree Cakes are on the shelves at our local grocer. And that can only mean one thing around this weird little corner of the internet. It’s time for TBK Magazine’s 25 Days of Christmas. And this year we are going all out with all new content. 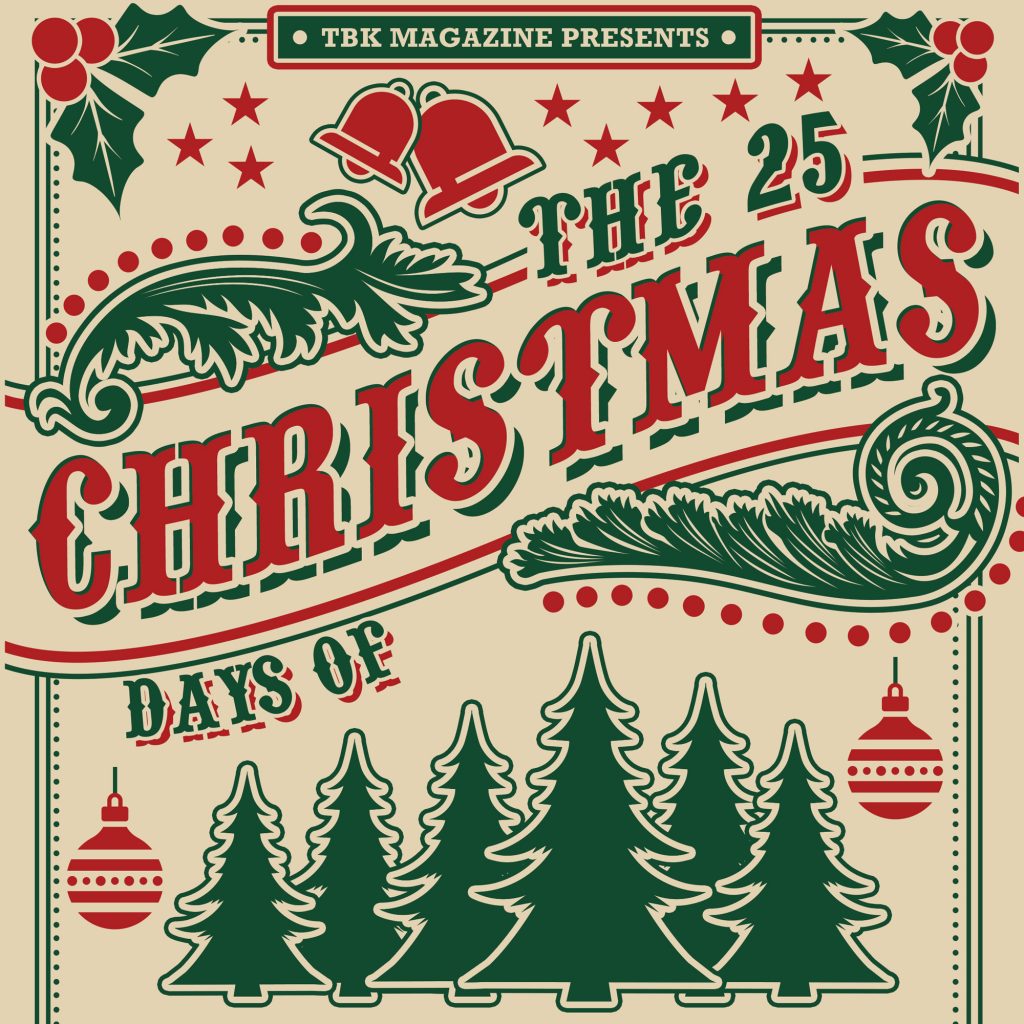 First, the podcasts. TBK Radio is growing and I thank all of you for that. Without you, there would not be any podcasts or a magazine. With that being said…

New Episodes of Striking of Chord and even a Christmas episode.

The Return of the Brodie and Richard Show with the topic of what we hate about the holidays.

Our newest show Writers Uncensored will be dropping some amazing topics over the next few weeks.

And then to kick off all of the shows, We start with the return CineCrap. The first movie is the 2013 Hit Frozen. Will Ashlee and Richard be able to Let It Go?

But that is not all from the CineCrap front. Starting on December 12th and lasting till the 19th, CineCrap will dive into a Galaxy Far Far Away. As a lead into Star Wars Episode IX, the first 8 movies will get the CineCrap treatment and I will be joined by different co hosts for each episode.

And to wrap up the 25 Days CineCrap will get in the Christmas spirit with Jingle All The Way.

TBK Live is going to be crazy. Of course, our normal random episodes filled with some holiday cheer. And we will be featuring interviews, Christmas discussions, and nerding out with our authors from Random Evolved Media. We will even drop some huge news concerning releases during a few of these episodes. And it all leads up to our Christmas Day episode which is going to be one of the craziest shows we have ever produced.

Also, maybe a new episode from a show about wine.

Video Killed The Internet Star took a hiatus for most of the year, well the show returns during the 25 Days with a Christmas themed episode.

TBK Investigates how Harry and Marv did not die in Home Alone? Are they superhuman?

Some Chrismtas gifts in the world can be found on Craigslist or in a thrift store. We share some of the worst.

Dan returns with a Self Help for The Helpless and a few other things.

The Worst Christmas Song Ever Tournament.

Lists, Let’s Watch Wrestling, Holiday Recipes, The Return of The Hall, reviews, and of course Letter’s to Santa.

And Finally, Santa and Mrs. Claus, have to keep their North Pole Identity a secret from Mrs. Claus’s family. But that might be a little more difficult than they expected. The 2019 Christmas Story, The Real World: Christmas begins on Dec. 21st.

And now, as tradition, let’s kick off these 25 days with a music video from the Dropkick Murphys. The Season is Upon Us.