Over the decade of working on this online publication, I have discussed many things that have made me say WTF?!!!? Some examples include eyeball tattoos, a dad cutting his son’s hand off for masturbating, and even alligators who ended up on meth because of flushed drugs. But I can honestly say this might be weirdest, most messed up story I have shared. I know you read the title, and I know what you are thinking. Before I get started, as I sit in my computer chair, I can’t stop laughing to myself. I feel like I am that kid who would laugh when someone said butt. Now, without taking up more of your time….

To the person who made CGI Buttholes on Every Character in Cats, I have one question for you, What the Fuck?!!?!?!?!!?

First, someone thought it would be a good idea to turn CATS the musical in to a motion picture. I hope that person has learned the error of their ways. If you do not know the story of the musical, it’s about cats who enter a feline version of American Idol. Each cat will sing a song trying to prove why they should get into Heaviside Layer. Yes, this is the feline equivalent of Heaven. How did this become one the longest running shows of all time? Seriously? Was Andrew Lloyd Webber on the drugs that Nancy Regan told us to say no to? If the cat is chosen to go to Heaviside Layer, they will be reborn as a much hotter cat. I think I might need drugs to understand this. You are telling me that these cats have already burned through eight lives? Also, who decides who gets into cat Heaven? My guess is God is that one lady who owns like 60 cats or is one of those cat show moms who buy that spiky tongue licking thing.

Yeah, that is the premise. And they turned that shit into a movie.

That brings me to the story of the title. Earlier this week, after handling myself with care (Social Distancing, people) I find myself on Twitter to see #releasethebuttholeversion. Now, curiosity killed the cat and possibly turned it into a hotter cat. I had to know what the hell this meant. And after I clicked on it, I was not disappointed at all.

A CGI (computer generated imagery) artist told a story about being hired to work on the movie Cats. In the original cut of the film, someone thought it would be a good idea if these humans playing Cats had a digital butthole. The mission of the new hire, he is to remove each butthole from each character in the movie. If I could only be a fly on the wall when that guy turns in his resume to other studios. “So, it says here you were a Butthole Remover on the film Cats? What was that like, Steve?”

But my mind is laser focused on one thing…there is a copy of the film Cats where they have CGI buttholes. I am not one to say that I want or need something, but I freaking need this to be released like yesterday. I am sure this cut will not be a special feature on the Blu Ray version, and if it is, OMG!!! That is an instant purchase. I will wear that disc out as if it were a VHS tape. And I swear to God, if one of their buttholes is covered by a gem, I will lose my shit. That moment would be biggest cinematic in the history of film. Forget The Avengers, Cats is the greatest cinematic masterpiece ever. 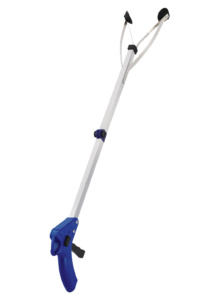 Universal Pictures, I am begging you to release this version to the public. We need something to help us get through this time, and I feel seeing James Corden with animated poop shoot is just what this world needs. I am even willing to give a handy in the parking lot for this. But I will be using the As Seen On TV Product ‘The Gopher’. You know, Social Distancing practices. Also, I have seen the denial from Universal and a CGI artist from the movie. It’s a butthole conspiracy. I have a feeling this version actually exists. And when it’s all said and done, and this version is released because they can’t deny it anymore, I am going to look great for being a butthole truther.

And, we will be watching this motion picture abomination for the first time this week on CineCrap. So, if you want to join us, be on the look out for that episode.