WrestleMania 36 Letter Grade and a Special Thank You To...

For about a month, the United States and other parts of the world are dealing with COVID-19. And finding an escape has not been easy. Of course, you can listen to one of our off the wall podcasts but that only takes up an hour or so. You may discover a show about a man who convinces two straight men to marry him, owns a zoo, is in a war with a woman in Florida who may have fed her second husband to a tiger, while realizing the only normal person is a man who had his arm bitten off by a tiger. Even typing that I am tired. But, honestly, the escape from real life is watching some live, and we do not have that option unless you want to watch the news. Sports are postponed, concerts are postponed, television shows and movie productions are shut down.

But this weekend, for two nights, around 9 hours of content, WWE presented WrestleMania. The sounds of the crowd Mania are known for are gone. The pyrotechnics are not an option. The set is always a topic of discussion among fans, stripped down to fit in a workout facility. In a way, just typing those words, the Showcase of the Immortals did not feel like WrestleMania. But the 36th edition of wrestling’s super bowl may go down as the biggest WrestleMania of all time.

Over the years, I try to at least take the time to rank each match with a letter grade. Not every match will be talked about for years and that is expected. Not every play from the World Series is discussed. The discussion turns to what matters. And sometimes we get excited by a certain match or a return, and sometimes, we are bored by what is taking place inside the ring. Mania 36 is the exception to the rule.

So, what did I think about WrestleMania? As history happens, all we can do is live in that moment. In 20 years or so, people might look at this Mania with disdain. In the last two days, Twitter exploded. For the first time in what seems like an eternity, the number 1 trend in the world was WrestleMania. Of course, there are always those who will criticize everything, it may never matter what the major wrestling promotions give us as a presentation, someone is going to be that person. It came across that for the weekend, that vocal majority would be the wrestling journalists of the world. I get that it’s their job to discuss what is happening in the world of wrestling, this is one-time star ratings do not matter.

WrestleMania 36 is one of the most unique shows the company ever aired. Normally, we do a match by match letter grade, not doing that. I am just going to give an overall grade for both nights. I sat down my phone and just watched with the exception of a few Tweets. I didn’t care who won or who lost, the only thing I cared about was getting to watch the show with my wife. We both cheered, hell, we even yelled “one fall,” from the comfort of our couch during ring introductions. WrestleMania 36 is an A+.

While the first half of this piece is about Mania due to the event just happening, I want to talk about pro wrestling in general during this time in our history. The one night a week I make sure I am not in front of a computer working is Wednesday. The reason is wrestling. I watch AEW Dynamite each week. And I feel I have to discuss the newest company to wrestling television. AEW is doing the same thing WWE is doing. These companies in the face of a pandemic are still trying to entertain us. I am not even sure I can find the words to express gratitude to each performer who is busting their ass to make shows happen.

The two biggest companies in the US are not the only ones trying to entertain the fans. Major independent promotions have run empty venue shows for us to watch at home.

As a fan, I am grateful for what everyone is doing. Do I worry about these performers traveling? Am I worried about their health and safety during this time? Absolutely.

I hope history will look kindly at what the world of wrestling is trying to do in the middle of something no one has dealt with. I have said it before, but it is worth repeating. Wrestlers will go out of their way for the fans. I know a lot of us are struggling, but once we return to normal, and we will return to normal, I can’t wait to hear the crowd. I do not care if it is 50 people in the tiniest venue in small-town America or thousands packed in an arena, every person in that building will be chanting, “Thank You!” 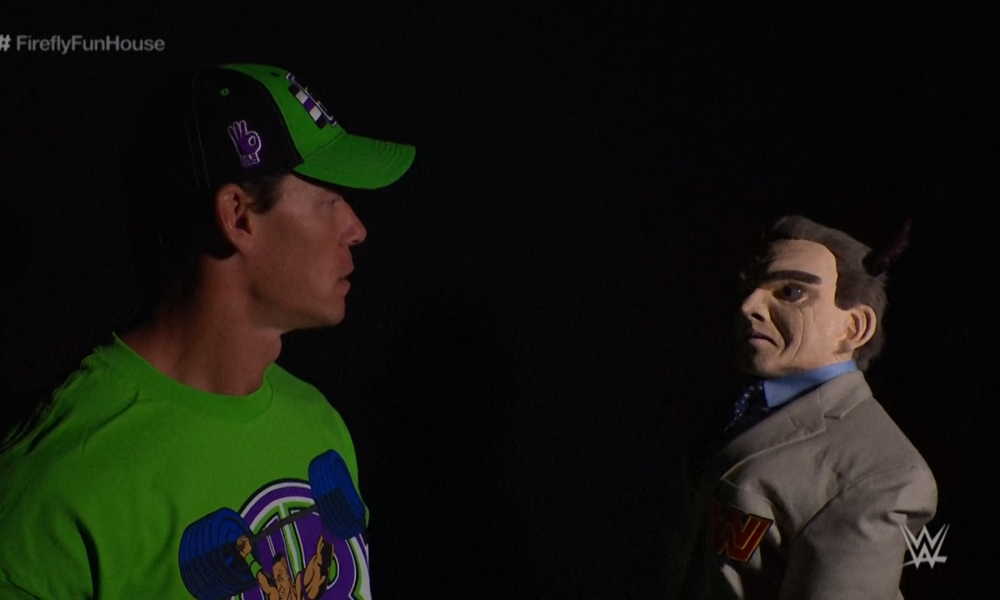