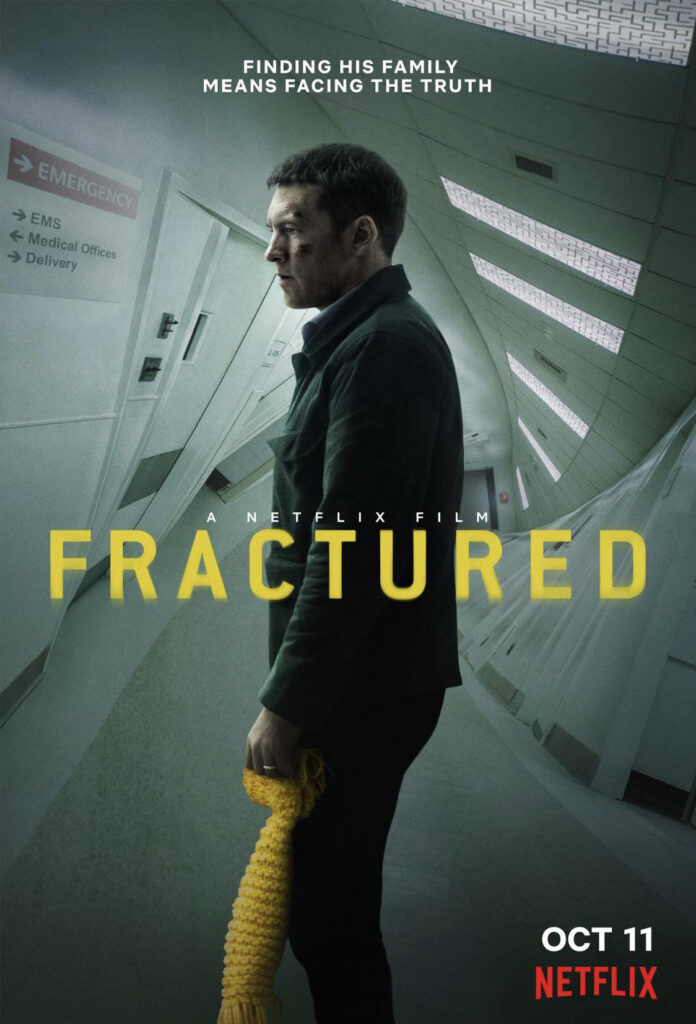 Ray, his wife, Joanne, and daughter Peri are driving home from a tense Thanksgiving celebration with Joanne’s family. The strain between Ray and Joanne is palpable and Joanne suggests that maybe their marriage is just not going to work out. 6-year-old Peri asks for a bathroom break and they stop at a gas station. Ray goes in to buy somethings, including alcohol even though he is a recovering alcoholic. Once in the car, Peri drops something under the backseat. Ray steps out to help her, spilling his coffee and further worsening his mood. He hears Peri calling for him and sees that a dog has penned her dangerously close to an open construction site. He tells her not to move and picks up a rock to throw at the dog. Peri falls several feet down into the construction site and Ray tumbles in after her, hitting his head. When Ray regains consciousness, Joanne finds them but Ray shoves her away to run to Peri. She seems generally ok except for an injured arm. They pick her up and rush her to a hospital to be examined. The hospital seems strange from the beginning. They seem unusually unconcerned about Peri’s injuries. When they finally do check her in, they ask strange questions – Ray’s history of alcoholism and about the death of his first wife which has nothing to do with Peri. They are oddly fixated on registering Peri as an organ donor. When they take Peri back for a CT scan, Joanne accompanies her. Ray is told that the wait may be a while, so he settles into the waiting room and falls asleep. When he wakes up, six hours have passed. He belligerently questions the staff, but no one can find Peri. In fact, their records show that Peri was never there at all. Chaos ensues. He charges into the treatment area and must be restrained. Finally, a nurse recognizes Ray and remembers that he had come in for treatment of a head wound but insists that he was alone when he came in. Ray insists that this is incorrect. The police become involved and they look at security footage but are unable to find any images of Joanne or Peri. However, the hospital admits that the cameras don’t film constantly but in short intervals. A psychiatrist is called in to talk to Ray and she becomes concerned that his head injury has caused him to become confused. She believes that there was an accident but is concerned about what may have really happened to Ray’s wife and child. With the police, they go back to the gas station and visit the construction site. There is a substantial amount of blood on the ground where Peri supposedly fell. Ray insists that it was where he hit his head. The psychiatrist offers an alternative explanation. She suggestions that when Ray spilled his coffee, he became enraged. He saw Peri standing close to the edge of the construction site and threw a rock at her, not a dog. His subconscious mind constructed the dog to protect him. He is almost willing to believe her when he looks up and sees the dog. He takes the psychiatrist hostage and returns to the hospital. He goes to the lower level and finds bodies that have had their organs harvested.

He locates Joanne and Peri just before Peri is operated on. He scoops her up and shoots his way out of the hospital. As he runs out of the hospital, we see that he is carrying a young man in his arms. We flash back to the gas station and see that he did, in fact, throw a rock at Peri causing her to fall. Joanne found him standing over their daughter in a daze and began to shake him, but he shoved her down. She fell onto the ground with a piece of metal piercing her skull. He calmly carried them to the car and placed them in the back. Then he drove to the hospital with his psychosis firmly in place. As he drives away from the hospital, he looks in the review mirror at the backseat and sees Joanne holding Peri, smiling back at him.

Is it worth watching: Probably not? It’s really chaotic and disorganized. It moves fast. It would be better I think if it was slower; allowing the viewer to share in Ray’s doubt of the hospital. Instead Ray is just an angry man yelling at hospital staff and stomping around. It’s easy to see from the beginning that something is wrong but unlike other movies, such as Shutter Island, I’m not inclined to side with Ray. When the psychiatrist suggests that his head injury has made him confused, my first reaction is to clearly believe her. It’s a mystery solved. There’s no doubt left from that point on. From there it’s just sad that there’s a mentally ill man killing people and not getting the help he needs. If you want a good psychological thriller in the same vein, stick with Shutter Island. I’m still not sure who to believe in that movie.