Where to watch it: Amazon Video 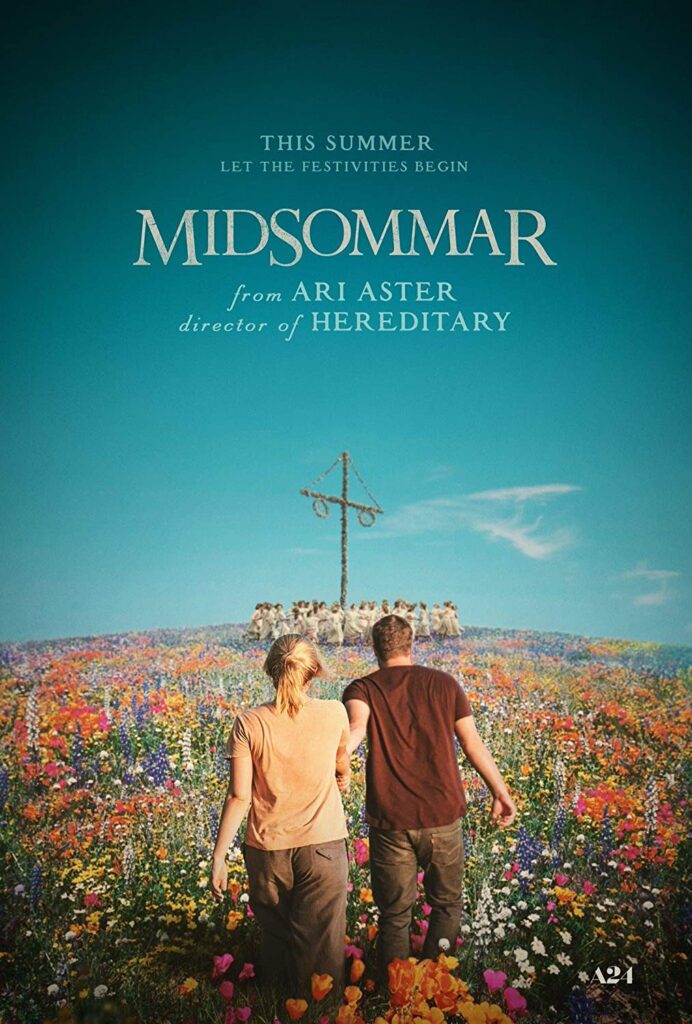 Spoilers: Yes, but just little ones

Jack is seriously considering breaking up with his needy and emotional girlfriend, Dani. However, his plans are derailed when Dani’s sister, kills herself and their parents. Unable to be alone, Dani invites herself to join Jack and a small group of his classmates to a trip to Sweden. They journey to a remote village to immerse themselves in the culture as anthropology students. They quickly realize that they are in over their heads when the spring celebration includes ceremonial and gruesome murder. Dani is equally horrified and intrigued. The spring celebration spans several days, and the number of students is quickly dwindling for various reasons until only Jack and Dani remain. Dani, under the influence of a hallucinogen substance, is entered into the May Queen celebration and wins the title. She is taken away to bless the crops. When she returns, she discovers Jack (also under the influence of drugs) in the middle of a ceremony designed to impregnate one of the village women. To end the midsummer celebration, Dani, is given the honor of choosing to have Jack killed or a villager chosen by lottery. She chooses Jack. He is taken to a building and it is burned. As the screams fill the village, the villagers and Dani fall into hysterics. Slowly, a smile spreads across Dani’s face.

Is it worth watching: Maybe if you’re bored? I heard A LOT about this movie. After the disturbing, eerie creation that was Hereditary, I was looking forward to watching this. I get the point of the movie and I think it would translate better as a book.

As a movie, it was slow without building up enough suspense. Yes, there were scenes that were powerful. Yes, it had some graphic parts that pushed the boundaries of comfort. Overall, it didn’t live up to the hype and was a letdown following Hereditary.