Where to watch it: Hulu 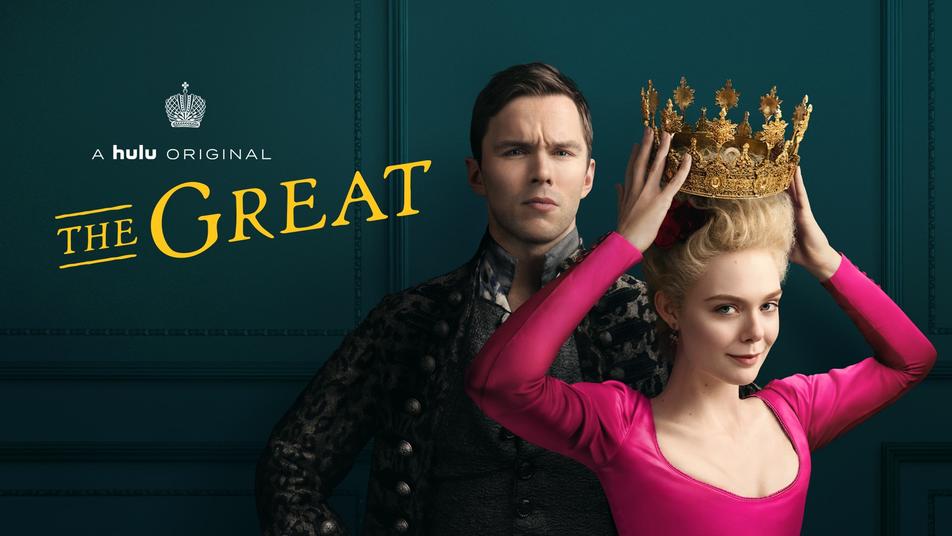 Dreamy-eyed Catherine travels to Russia to marry King Peter. Her ideals of romantic, marital bliss are quickly shattered when she realizes he is a misogynistic, arrogant buffoon. They attempt to navigate their royal duties while dealing with their differences in personalities. Despite her genuine desire to improve the kingdom, Catherine has a long way to go before she can shed her naïveté and become Catherine the Great. Meanwhile, Peter is content drinking, sleeping with his married mistress, and waging war.

Is it worth watching: Yes! This is a ridiculously fun, satirical comedy that is “an occasionally true story”. It has some nice, solid framework in actual history and then it gets imaginative. Do not go into it expecting it stick to real life events. It’s quick witted and hilarious. The cast is great. It stars Elle Fanning and Nicholas Hoult. It is beautifully written. I love period pieces because of the costumes, and this does not disappoint. The obvious liberties taken with the script makes it feel fresh. It’s an easy binge. It is TVMA so not family friendly. Hopefully, Hulu will give us a second season…. fingers crossed.